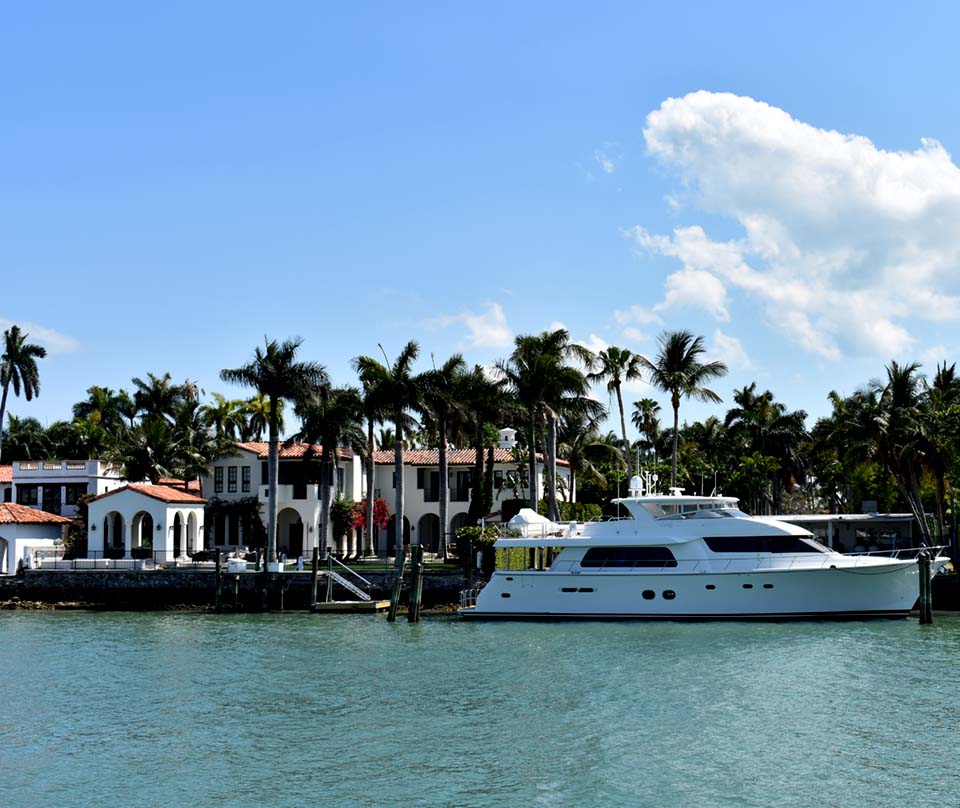 After our visit to the Everglades National Park, our next destination was Miami Bayside. 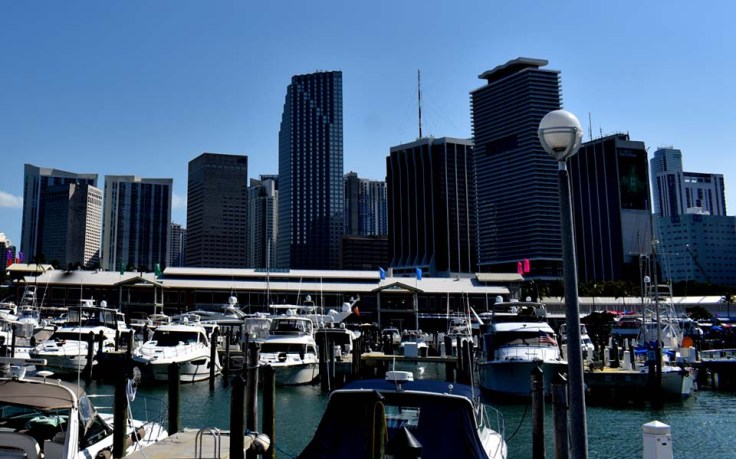 On our way to the Bay front park, we passed through Downtown Miami.

The Biscayne Blvd. is a street with extremely high sky-scarpers.

The Miami Bayside market was a very crowded and colorful place.

It is going to be the subject of my next blog post, because I have to say a lot about this place.

Today I am going to describe our boat ride through the Biscayne Bay. 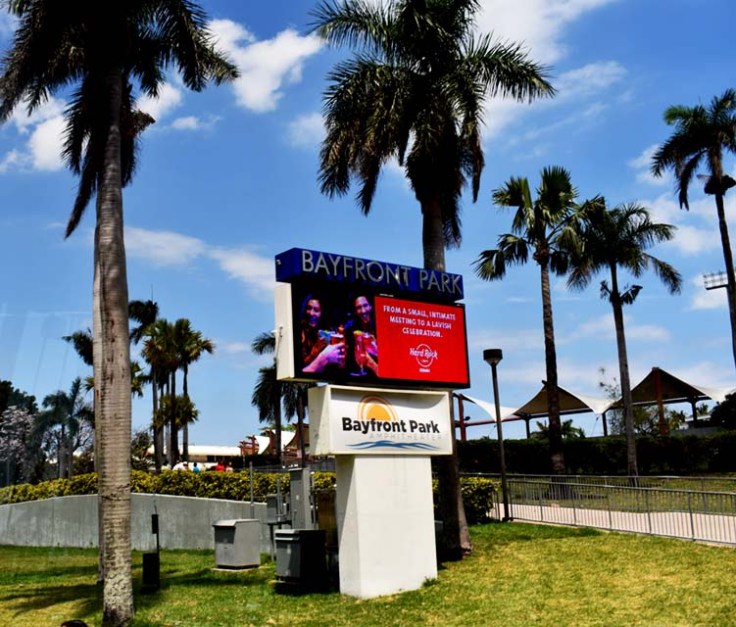 After short scrolling through the Bayside market we boarded on our boat.

The view of the Bay itself was amazing from the water.

But the view towards Miami Downtown from the water has left the biggest impression on me.

These huge sky-scarpers I saw in front of me, suddenly brought my childhood memories back to my mind. 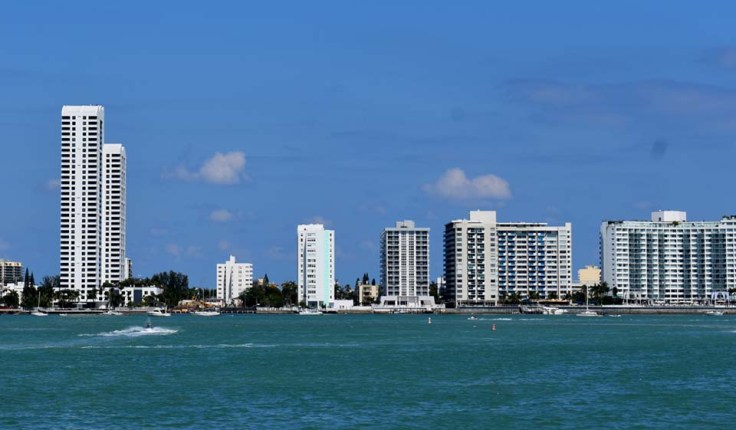 But unlike other children who were usually trying to build cars and small farm houses, I was obsessed with huge sky-scarper building.

I called them my super towers. I was always doing my best to build them the highest I possibly could. Sometimes they were even higher than myself. 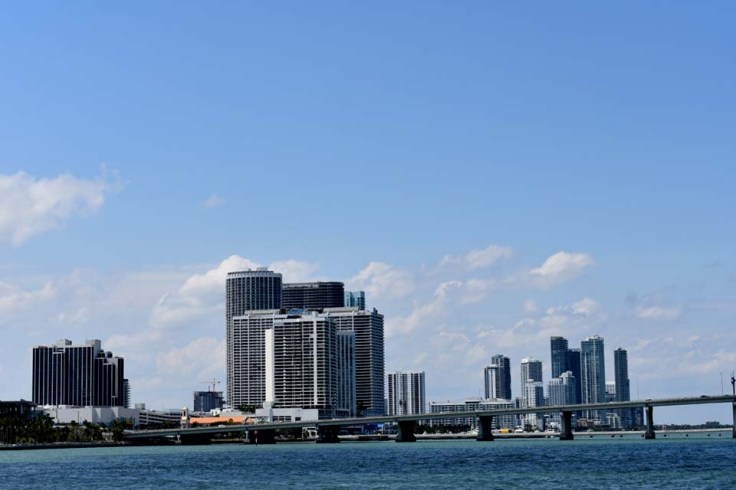 The other kids mocked me about it all the time.

But I didn’t mind, because I knew that they were jealous of me, because they were not able to make as high towers as I could. 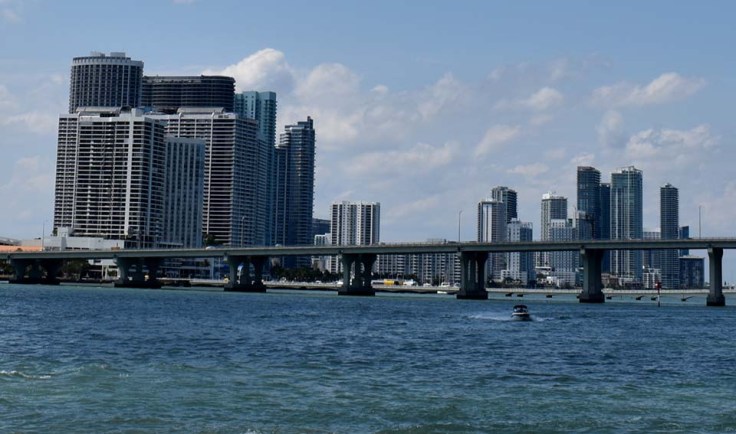 The funny thing is that I had never actually saw the real sky-scarpers during my childhood. 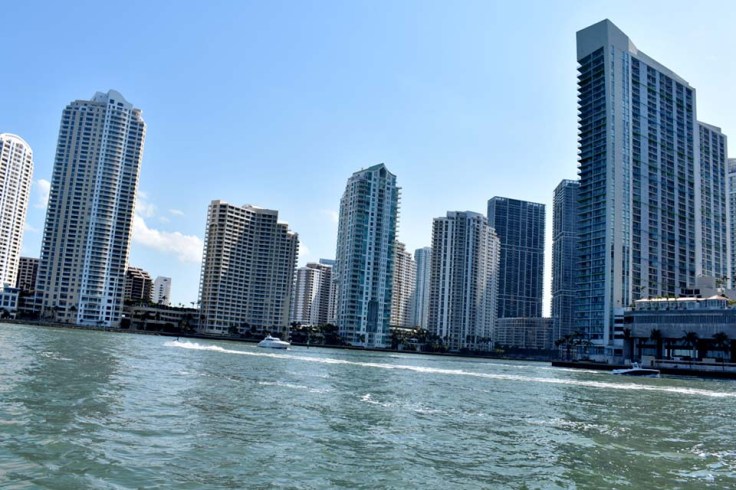 I grew up in a small town in Bosnia where the highest building back then had only 9 floors, and they named that building sky-scarper. 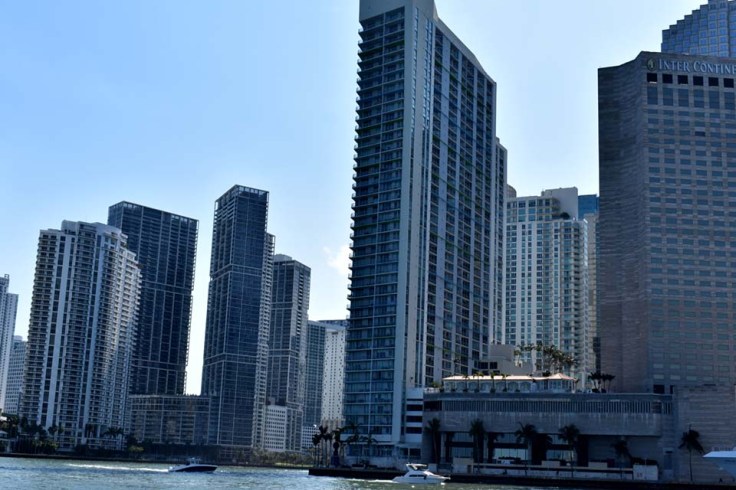 This building still exists in my hometown, and they still call it the same way, ”the town sky-scarper”. Even much higher buildings had grown around it, this was the very first sky-scarper of the town and it will always remain. 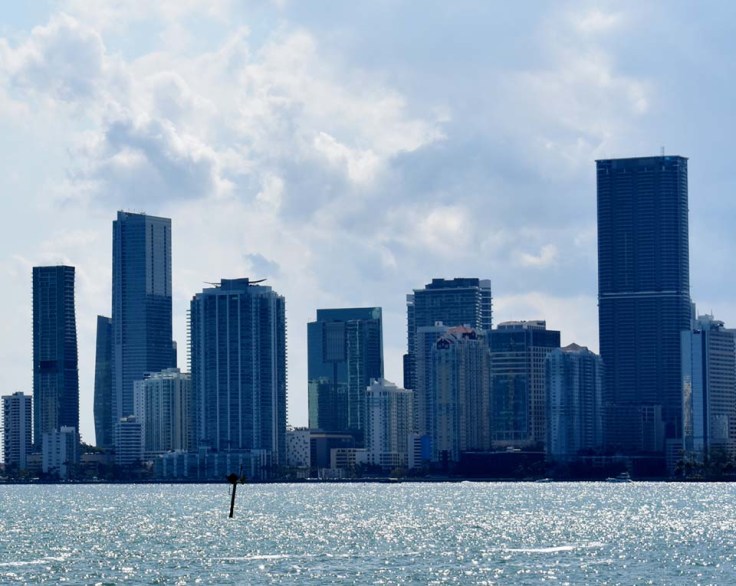 It was amazing how buildings I saw for the first time in my life were able to bring such of sweet memories from my childhood back in life.

OK, it was not actually the first time that I was seeing these sky-scarpers. I was passing by these buildings very often, for the last few days during our stay in Miami, but it is a totally different thing to look at them from the water perspective, with nothing in front of you to ruin the clear view towards them.

I was so excited to share this experience with you in this blog post, that I didn’t even bother to find out what all these huge buildings are, but I don’t think it is important either, at least for me.

Later on we passed by the famous Star island.

Star Island is a neighborhood of South Beach in the city of Miami Beach and it is a man-made island in Biscayne Bay. 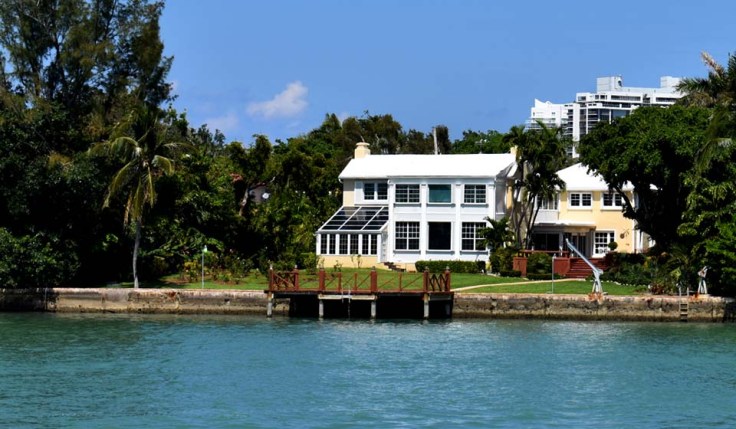 All because of its beautiful, luxury mansions and of its rich and famous owners.

Some of those houses are very historic and preserved buildings.

For that reason a lot of new owners have difficulties with law when it comes to renovations.

A lot of moves, TV series, music video spots, TV commercials and shows were filmed in some of those houses.

A lot of rich and famous people own or owned the properties on this small island.

For example, the famous singer Gloria Estefan owns 1 Star Island Drive house, which she operates and rents out as ‘Nena’s Villa’. Rent is reportedly $75,000 a month. Ms. Estefan herself lives just down the street on the same island.

But maintaining those luxury homes is not an easy thing, that’s because it is not easy to sell this kind of houses later.

Many stars fell in love with those houses after renting them, and they decide to buy them. 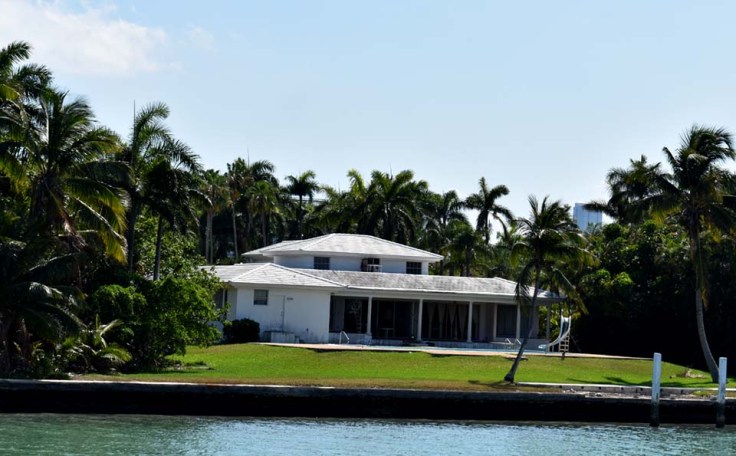 Later on when they realize that the maintenance of these luxury homes is not an easy thing, they are tying to sell them, but it is very difficult to find buyers nowadays.

Some of you probably heard about the hip-hop star Lil Wayne, who was trying for several years to sell his luxury mansion in Miami. Finally he sold it for $9.4 million, even he invested more than  $11 million in this waterfront 15,000 square meters mansion in Miami Beach. It is an interesting story, and you can find more about it on realtor.com website. 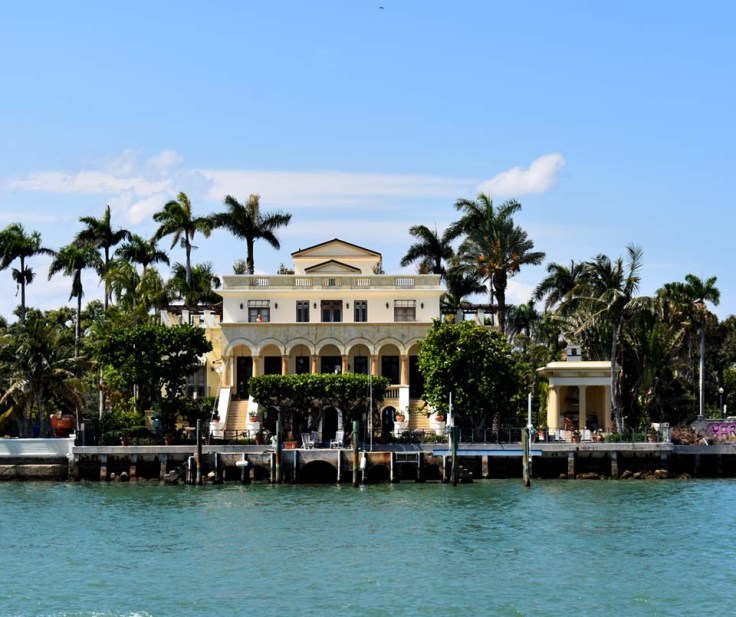 We saw a lot of celebrities’ mansions on our tour. 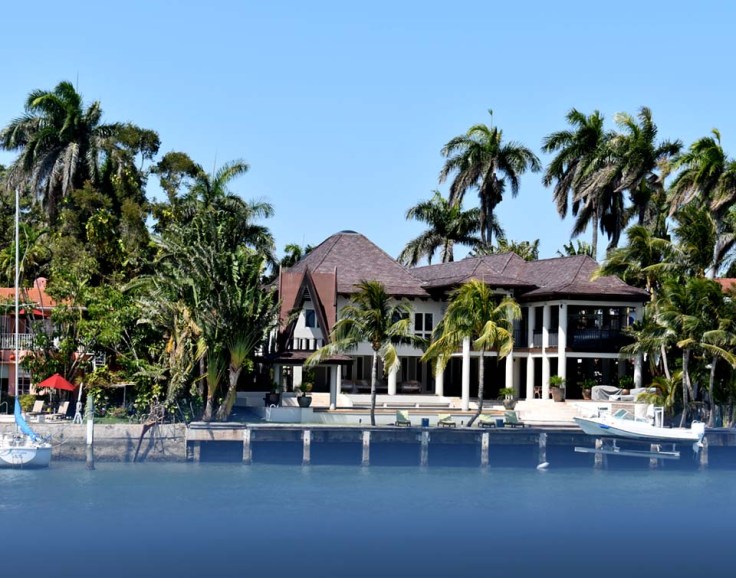 Shakira’s house was really beautiful, it had kind of Greek islands’ style architecture.

The house of Julio Iglesias, was huge and white, with beautiful gardens. The guide said it is big enough to fit all his ladies fans.

There was one interesting red house that belonged to the famous Miami businessman, and playboy, Thomas Kramer.

Kramer, who over the past 20 years has lost his fortune, his business cachet and now, his home and nearly everything in it is up to the public sale, according to the http://www.miamiherald.com. 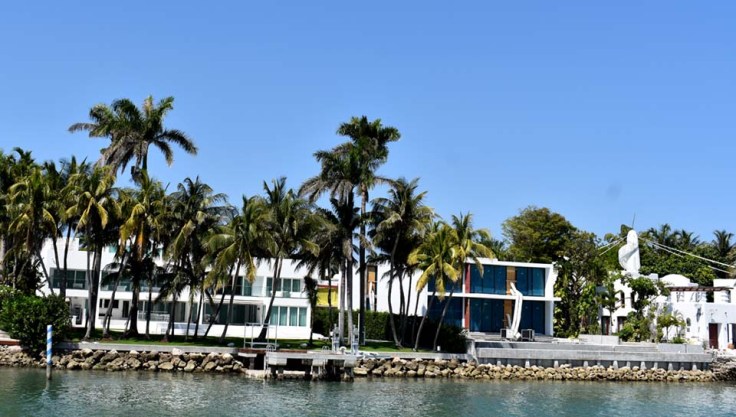 Our guide also told us that Kramer was a man who had so much money once that he didn’t know what to do with it. Well, Kramer, loved Florida and Miami very much, but he didn’t like a hot climate. So he invested $80,000 into an outdoor air conditioning system, so he can enjoy his sunbath under the fresh breeze. I thought that this was another urban myth, until I found out the truth myself directly on the Kramer’s website where he actually presented the estate  himself, trying to rent it, a few years ago, before he lost it. If you don’t believe it then, check it out here. On his website you can find the full description of the house, with pictures.

According to https://abcnews.go.com, Miami Beach playboy Thomas Kramer used to be rich: Yachts, cars, wine, women and song–$100 million real estate deals—he had it all. Now, by his own account, he is down to his last $300,000, which he is spending at the rate of $50,000 a month on personal expenses. He has no job. He has no income. What will he do when the money runs out? He said that he has $4 million in unpaid bills right now sitting on his desk and that he is probably going to declare bankruptcy.

On the same island according to our guide is the house that once belonged to Al Capone. The small house that you can see at the picture below at the waterfront is actually the bodyguards’ house. The Al Capone mansion is hidden behind the trees in the garden.

The story say that Al Capone came to Miami Beach in 1927 and bought the Palm Island property in 1928 from Clarence M. Busch. He was drawn to the property because it reminded him of the sunny shores of Italy (although apparently he had never set foot on Italian soil).

Authorities were not happy about it, but Miamians were happy to have him around, as he had plenty of cash, and the willingness to spend it freely, to stimulate Miami’s economy. From 1928 until his death on January 25, 1947, Al Capone used his Palm Island estate as a getaway from his life as a big time Chicago gangster.

The property was renovated and sold for $9 million in August of 2016, to European soccer agent Mino Riaola.

The biggest and the most expensive house belongs to the Phillip Frost, the pharmaceutical billionaire. The guide from the boat said that he actually invented Viagra, but I am not sure if this is true. He also said that Mr. Frost gardens are so beautiful and that they were the only ones that hadn’t been damaged from the hurricane. The urban myth says that he is pouring them with water that consist Viagra pills. It sounded really funny to me. Guide also said that in this huge mansion Mr. Frost is living only with his loving wife. They don’t have any children, or even pets.  Only two of them live in the mega house of 37,240 sq.ft, on a 268,512 sq.ft piece of land.

I think the guide made up a lot of stories to make the tour more entertaining for the passengers, and it was entertaining indeed.

We passed by many houses, and the guide was explaining to us who owned each of them, always adding some juicy details to each story. 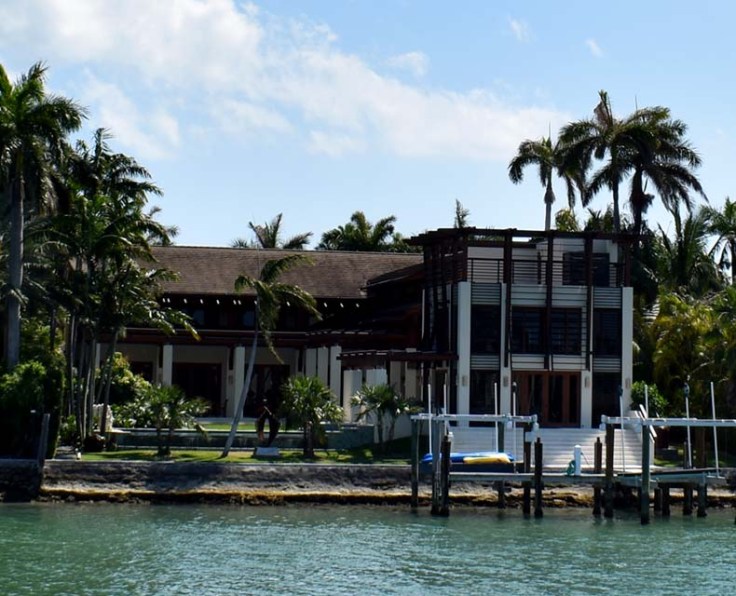 He said that this one belongs to Ricky Martin. 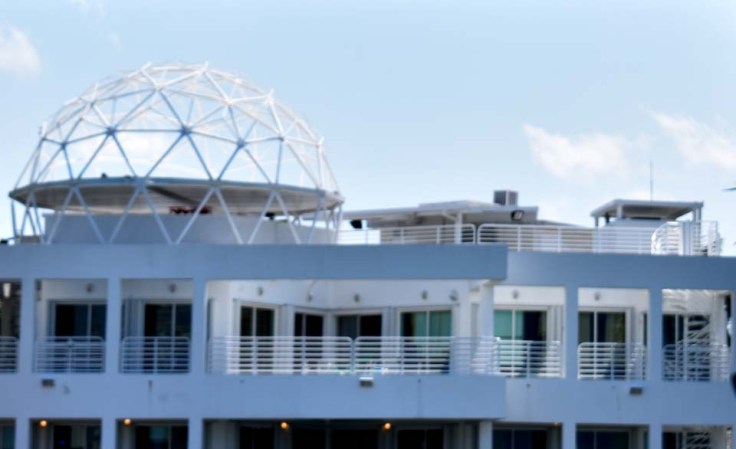 This one to David Beckham. 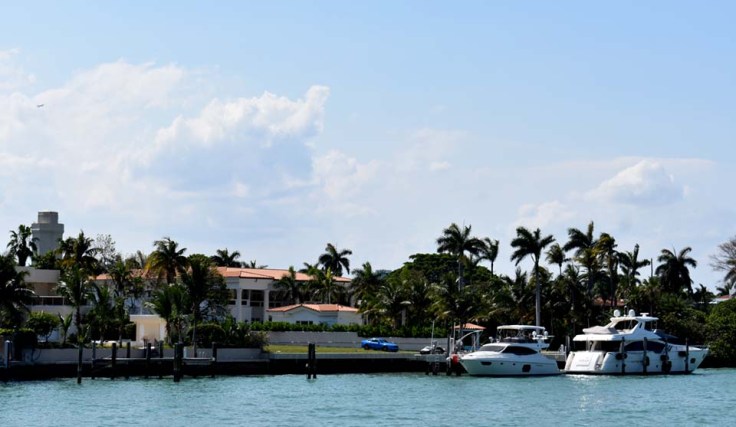 This one to Puff Daddy.

He said that in one of these houses (yellow house) the movie ”Specialist” with Sylvester Stallone and Sharon Stone was filmed. The movie Adams Family was filmed in next house, Miami Vice in the next one, and so on.

He said that family Parker, the owner of The Parker Pen Company, also have their house at the Star Island. As well as the family that owns famous Johnson & Johnson company. I saw a lot of houses and I really don’t remember each one of them right now. 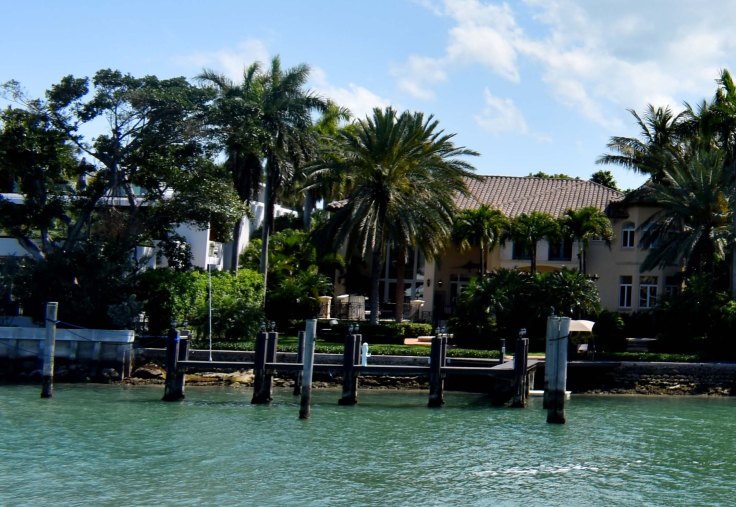 He mentioned the Brazilian star Xuxa as well, and many more I don’t even remember. Xuxa is a Brazilian television host, film actress, singer, model and businesswoman.

I am not sure if everything our guide said to us is true, but it was entertaining and funny for sure.

And all of this interesting journey was accompanied with some great Spanish music, ice cold beers from the boat bar and a lot of laughter.

The whole tour was pretty bang for the buck, for sure.

If you like to see the rest of the houses and their prices displayed, you can watch this great Drone footage of the Star Island  I found on YouTube.

If you wish to take the same tour, please press the link with the word Viator.