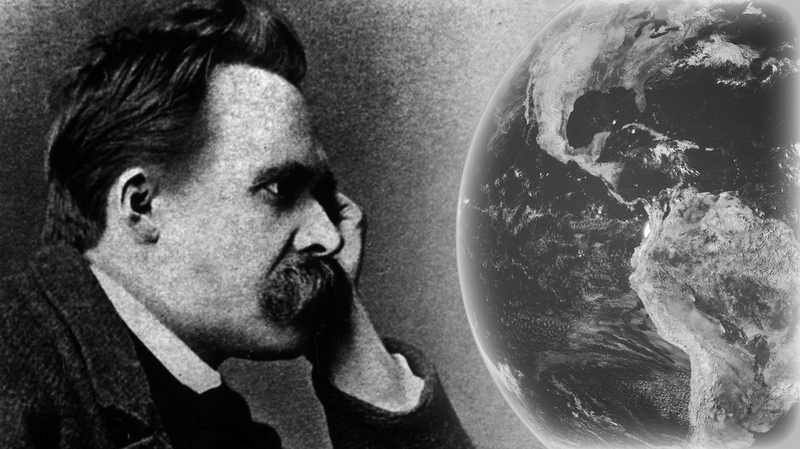 I have read a lot regarding the MASS mentality lately. Most of the publications are talking about the fact that human society is very similar to the pack of animals. Philosopher Friedrich Nietzsche called this phenomenon the Herd Morality, he actually described it as “lacking any individual will and living by group instincts.”

He believed that most people do not question why things are considered morally good or evil, rather uncritically, and largely unconsciously, they adopt the “value judgments of good and evil” dominant within their society.

In other words, we often assume that if others are doing something or have done something or believe in something, they must be right.

One good evidence that proves his teaching is the Five monkeys experiment. If you haven’t heard of it take look at an explanation in the short video below.

I was always concerned regarding those issues, but my recent visit to the Former German Concentration camps Auschwitz and Birkenau in Poland triggered my attention regarding this subject of discussion even more.  After that tour trip I started to watch even more documentaries and wonder about a lot of things that I haven’t before. I was trying to understand how so many millions of Jews couldn’t do anything to be saved from a few hundreds German guards and officers at concentration camps? How Hitler was able to gain the sympathy of his followers for a such a short time, even though he was a complete freak? I had a lot questions in my mind.

Searching the internet regarding the matters of authority, prejudice and persuasion, I came across of this video that you can see below. Watching this video helped me a lot to understand certain facts and to find a lot of answers to my questions. The video is documented file regarding the Milgram Experiment. This experiment concluded:

“Ordinary people are likely to follow orders given by an authority figure, even to the extent of killing an innocent human being.  Obedience to authority is ingrained in us all from the way we are brought up.”

People often tend to obey orders from other people if they recognize their authority as morally right and or legally based. This response to legitimate authority is learned and adopted from a variety of sources, for example from the family, school, workplace etc.

Here you can see one more documented file from this experiment.

Wasn’t this video interesting and amazing? This man continued to do everything that doctor asked to him to do, even though he felt that this wasn’t right. As soon as doctor assured him that he was not going to have any responsibility for the consequences he continued. But even though doctor took the responsibility, the man was the one who was pressing the button, again and again and again. He was the one who was capable to kill a fellow man just because someone told him to do it and to continue.

The fact is that most of us tend to do what is requested by those we perceive as an authority. Starting from our families, school institutions, political leaders, and all kind of influencers from our surrounding. Most of us tend to go along with a pack, and most of us never question the circumstances. There are always exceptions, like this guy in the photo below.

Regarding all I mentioned above I will give you one simple example from my own life experience regarding the pack syndrome and MASS mentality. I expressed many times my admiration and love for heavy metal music. I also enjoy to attend heavy metal concerts and festivals very often. The rock, heavy metal, and hard core gigs are also perfect place to observe people and their behavior. If you ever had a chance to attend this kind of live performances you have probably seen or you have been a part yourself of the mosh pit phenomenon.

It is actually a scene where people are jumping around, headbanging, punching, kicking, and generally being kind of violent towards each others in the rhythm of music, usually heavy metal, punk rock, hardcore or anything that is fast and hard.

At the mosh pit is natural to hurt people around you in order to release some of your life frustrations and energy. And there is no hard feelings between the mosh pitters and headbangers later on. You will almost see them hug each others right after the Wall of death moshing, like one big family. Usually the performers from the stage are guiding the crowd.

There are different techniques of moshpitting. For example: The Wall of Death, Fire pit, Skanking, etc. And believe it or not, the crowd is enormously enjoying to obey the orders and guidance from the beloved stage artists. The most demanding ones are the most loved ones among the crowd. Take a look a video below to have a glimpse of the atmosphere at the Wacken Open Air festival in Germany. I am also somewhere in that crowd, since I am visiting this festival for many years. I had written a blog post regarding this festival if you are interested you are welcome to check it out my post Wacken Open Air.

I was a mosh pitter myself when I was younger and crazier, but those times are long gone. Today at 44, with osteoporosis on my doorstep, there is no place for risks of broken bones. I prefer to stay on the side and just admire the youth enjoying themselves by mosh pitting and crowd surfing.

Jumping, screaming, headbanging at those live events made you feel like you are part of something large. Most of the people are constantly looking for some sort of community, identity or environment to belong.

It is the feeling of togetherness that matters a lot to most of us. At those kind of festivals you can really get that feeling in all its greatness.

After all we are all just numbers driven by the few who are defining our fate, in the same way all those Auschwitz prisoners were driven at the concentration camps.

Have you ever thought and questioned yourself about all I mentioned above?

If you never heard about Nietzsche or if you wish to learn more about his life, work and believes take a look at this short interesting video I found on YouTube.

Today many people call him, genius of the modern world, but during his life for his society he was just a weirdo. He couldn’t sell any of his books, nobody really understood him. I like to read Nietzsche, even though he wrote quite a lot woman-hating statements. I forgive him though, he was a lonely man, and he had his own troubles and issues.

I still don’t have the answers to all my questions, but at least I am wondering. What about you?