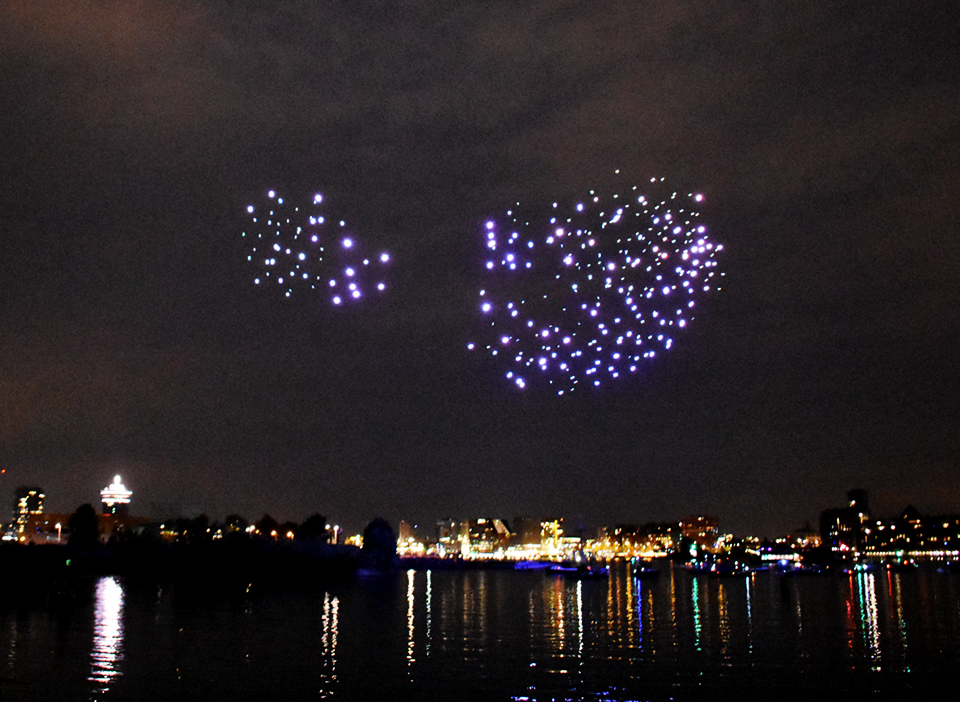 For the first time in the Netherlands above the IJ river in Amsterdam we were able to see a ‘drone show‘ on 10, 11 and 12 August this year (2018). It was kind of a light show where 300 drones are circling and blinking at the same time.

It is a project by Studio Drift called FRANCHISE FREEDOM. It is happening for the first time in Europe, following a successful premiere at Art Basel in Miami Beach in 2017. The performative artwork was displayed for three days during sunset from 10 till 12 August above the river IJ in Amsterdam.

A representation of FRANCHISE FREEDOM is on display for quite time at the Stedelijk Museum as part of Studio Drift’s retrospective. This large performance, got accessible for everyone during this three days, as the perfect example of how pure nature, the most innovative technology and society can blend together.

After the unprecedented number of visitors to the Stedelijk Museum for the Studio Drift’s retrospective, the City of Amsterdam in collaboration with Intel, BMW, Rabobank, RAI, Stichting NDSM-Werf and Studio Drift offered to the public the unique opportunity to watch this performative artwork, consisting of 300 choreographed flying drones on the Intel® Shooting Star™ platform. It is the first time that such a large number of drones have been allowed to fly for an art display in the Netherlands. 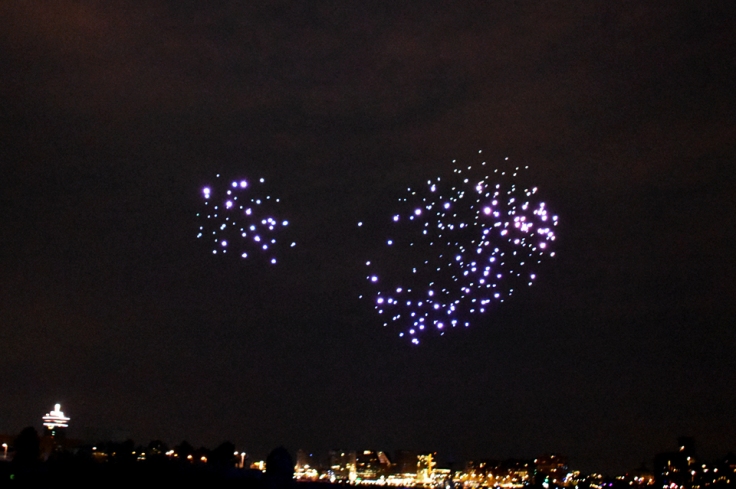 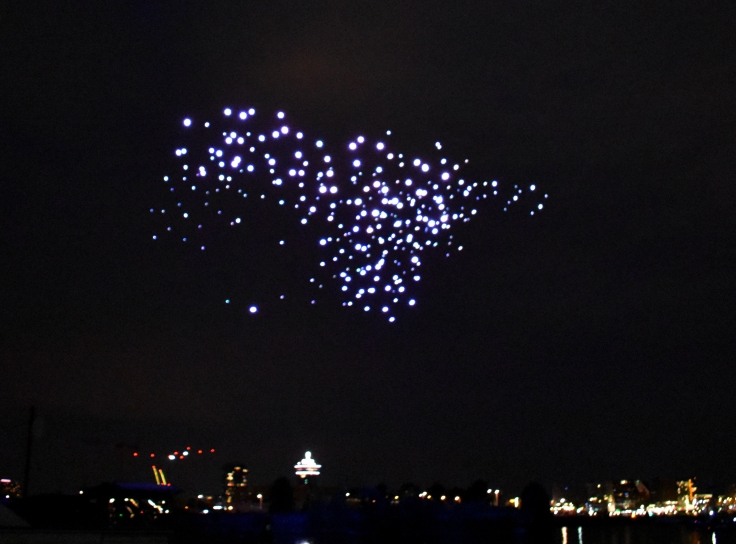 Anyway it was an amazing and kind of magic experience. I really wish it could last a bit more than 10 minutes, but I have to admit that it was an extraordinary show.

The flight patterns of starlings served as inspiration. The show is meant to allow spectators to experience the beauty of technology. Artists Lonneke Gordijn and Ralph Nauta from Studio Drift designed a choreography that drones perform with control of a software. I read that they were making this algorithm for ten years. Fascinated by the movements whereby freedom and at the same time limitations of the individual birds within the swarm alternate, the artists developed an algorithm that can make autonomous choices. In this way they could eventually imitate these movements by translating them into software that was specially developed by Intel and embedded in the luminous drones. 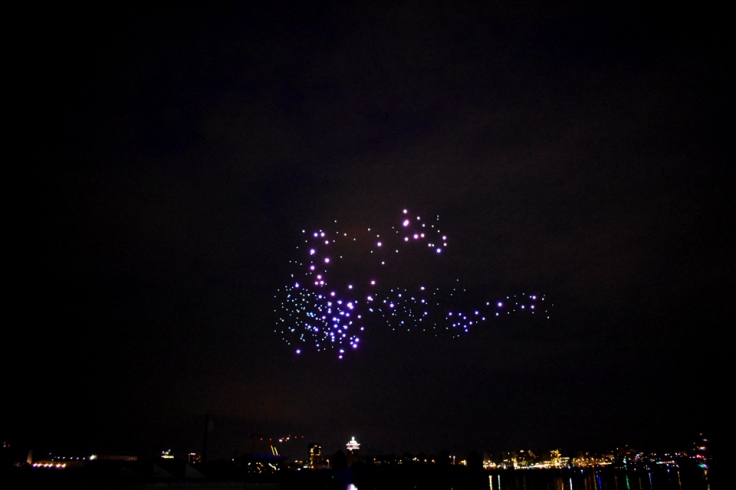 The implementation is made possible thanks to a collaboration between the City of Amsterdam, Intel, BMW, Rabobank, RAI and NDSM. Parties such as Air Traffic Control the Netherlands, the Ministry of I & M and the Port of Amsterdam also cooperated.

I watched the drone light show from the garden of the Noorderlicht Cultureel Cafe Restaurant, located at the NDSM shipyard area at the Amsterdam Noord. We went there by a ferry that is departing from right behind the Central Station. The ferry ride is free. The atmosphere at the cafe was great, (you can check my next blog post to find more about this place). When the drone light show started they put on some nice and atmospheric music that really beautifully completed the whole relaxed ambience. 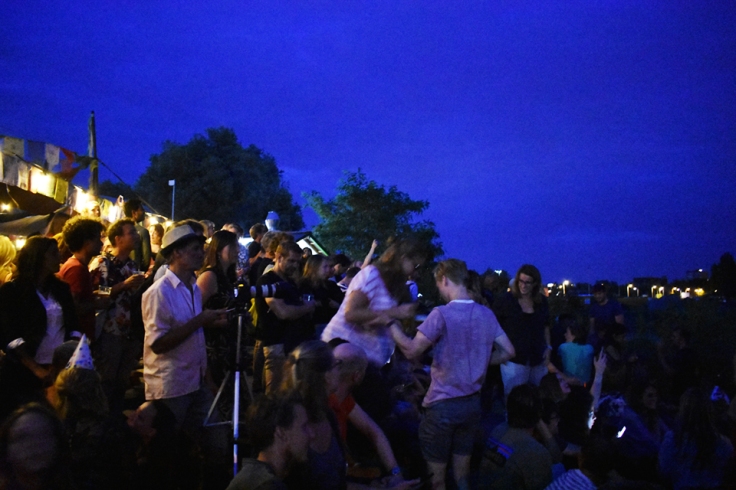 It was just magical as it can be. I made a short video but it was unfortunately interrupted by some jerks who were burping all the time behind my back. Probably because they had drank so much beer at the party that went on previously of the drone show at the Noorderlicht Cultureel Cafe Restaurant. 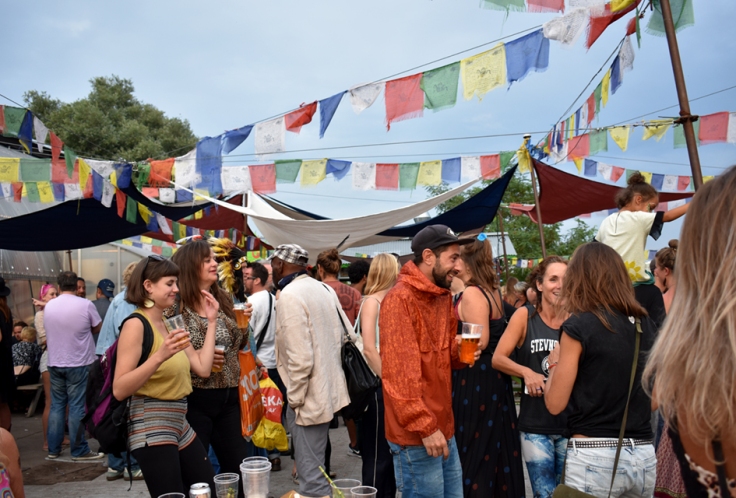 It was a great party though. With a lot of shiny happy people laughing. All this environment kind of reminded me of the well known R.E.M. song and their colorful video spot: 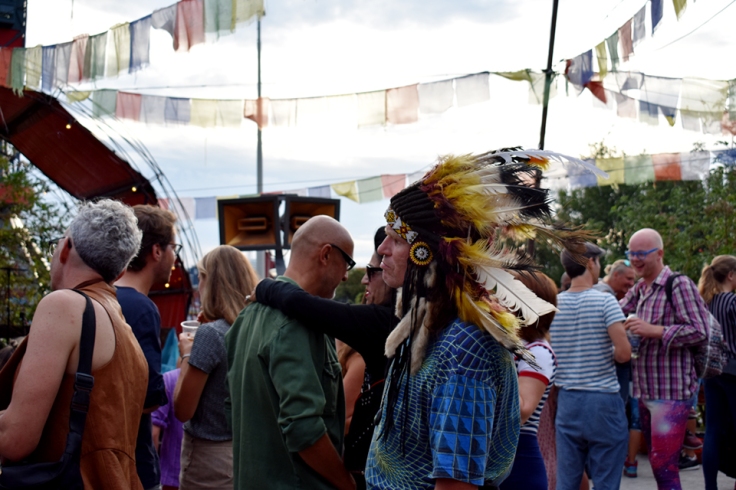 But it was actually very exciting to watch the drone show together with all those people who were responding loudly on every drone movement. I did not bother to film any more, because there were plenty of people filming around me, so I knew that I will find some video on YouTube later on. I just preferred to stand there and enjoy the moment. Therefore I will not use my own video but one from RTL News, that I found on YouTube.

It was just as magical as it can be.

In the run-up to the Amsterdam Drone Week, it was a unique opportunity to put the Netherlands on the map internationally as a drone country. Regarding the upcoming Drone Week, it will take place at the end of November in RAI Amsterdam Convention Center. During this week the trends and developments in the field of drones will be shown to the public. I believe this is going to be very interesting convention. 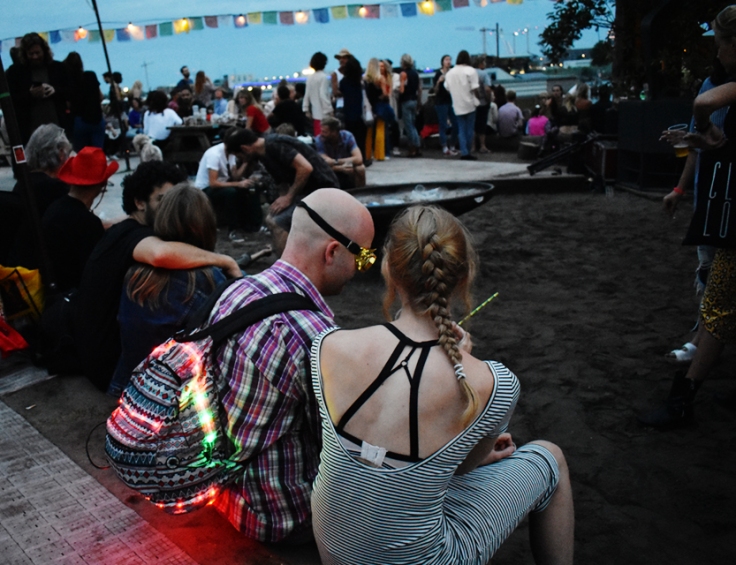 Since I was searching on YouTube for a nice video for my blog post I actually run on one made by a Dutch guy who did a kind of a dangerous mission, he climbed on some rusted ships, and played a paparazzi role on the spot from where the drones were departing. His video was kind of long, I watched it from 1:39:20, the moment when drones were taking off the ground. It was amazing. He really did an amazing job and I think that this was the best video of the event online so far. I loved the most dramatic moment at the end of his video, when somebody from the show organizers noticed a puckish paparazzi guy, obviously because he came way to close to the spot. Somebody suddenly shout on him: Hey you! Don’t film here! And then our guy started running away. It was really hilarious. Unfortunately even though I uploaded this video, somebody removed it from YouTube so we are not able to watch it anymore. I am so sad for this. 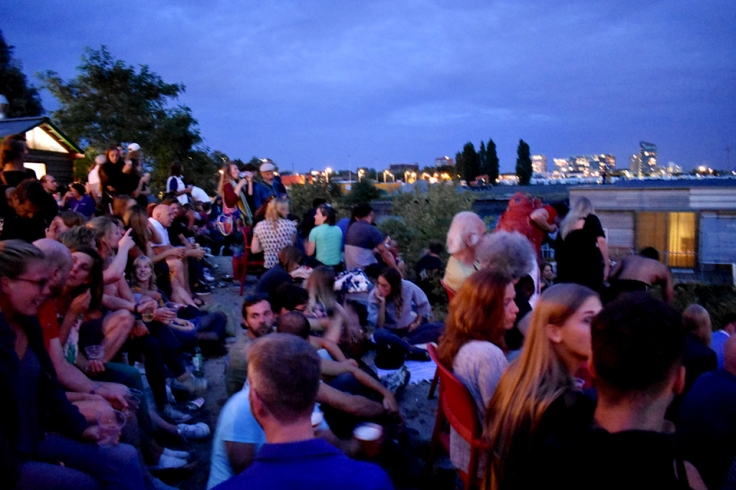 But anyhow, I found another one recorded from the Central Station, that is also very nice. Not so long, just a few minutes. Enjoy.