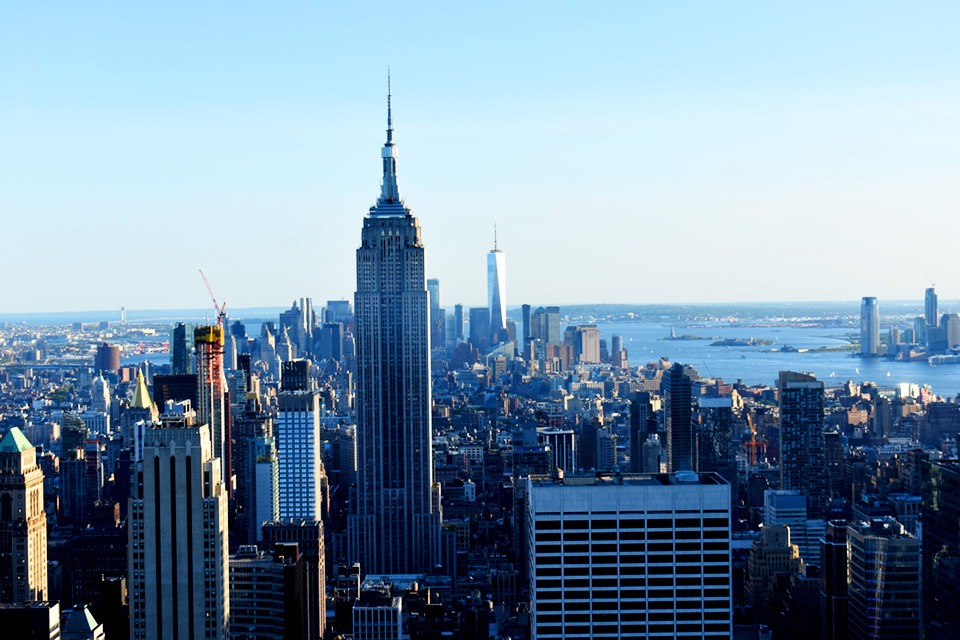 It is actually very easy to find your way in Manhattan. Even though it seems complicated. Walking through Manhattan I saw a lot of tourists trying to find their way with maps or smart phones in their hands.

Therefore I decided to write this article and to explain that there is no reason for it. The only thing you have to do in order to find your way is just to look up on the street signs. Manhattan streets grid system is actually quite simple and very easy to navigate. .

Fifth Avenue is Manhattan’s central dividing line. Most of the streets that were crossing the Fifth Avenue and all the avenues of Manhattan in general were named by numbers. 1st Ave is on the east side of Manhattan by the East River, and as you go west towards to Hudson River the numbers of the avenues are ascending.

Avenues run south-north, uptown- downtown alternately. It is good to know that the locals in New York never use the south and north words while giving directions. Everything that is north they call it uptown, and everything south they call it downtown. So, when it comes to the street numbers they ascend as they move northward, from 1st street in Greenwich Village to 220th street in the Inwood section.

The street numbers beginning on the south side of the island and ascending to the north. The streets run east-west and as I earlier mentioned most of them were numbered. The streets that are not numbered are located in the Village. That is the old part of Manhattan, and you can recognize it thanks to the street signs that are in color black.

In the East Village, there are four additional avenues beyond 1st Avenue: Avenue A eastward to Avenue D.  This area is often called “Alphabet City.”

When you are about to go uptown to the Time Square and Central Park there are a few things that you have to know. Central Park defies the grid because it was laid out several decades later, interrupting 60th  – 109th St, and bringing 6th and 7th Avenues to an end.

To not get confused you also have to know that some avenues change their names as they go north of 57th St. The 9th Ave. becomes Columbus Ave, the 10th Ave. becomes Amsterdam Ave and the 11th Ave becomes West End Ave.

The riverside Dr. runs generally parallel to the Hudson River (one block west of West End Ave.) from 72nd to 181st St.

I hope that my article was helpful and simple. Stay tuned and follow Embrace yourself embrace the world side, if you wish to learn more about New York and many more beautiful destinations.

Besides Beautiful destination category there are some more interesting categories on my blog to discover such as: Design , History , Hospitality , Interviews , Don’t worry be happy ,  Embrace your self , The way to success , Interesting events and My Amsterdam.

All the photos in the article are captured by me and they belong to my private collection. Sharing my photos without my consent is not allowed.