Unfortunately thousands of Nazis after the WW II eluded justice by fleeing to South America and they never paid for their crimes.

According to http://www.aish.com: After 1945 the scale of the horror of the Holocaust came to light.

Yet fewer than 300 Nazis faced justice in the Nuremberg trials while up to 9,000 Nazis by some counts were spirited away from Europe after World War II, helped by sympathetic agents and friends. Many found new lives in South America.

By the late 1940’s, much of South America, particularly Brazil, Chile and Argentina, was a haven for thousands of Nazis eluding justice. 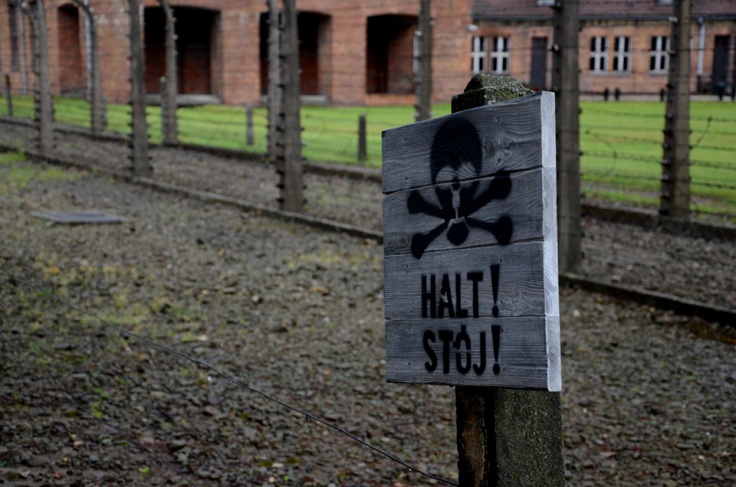 German prosecutors in recent years have estimated that Brazil accepted between 1,500 and 2,000 Nazis, Chile took in between 500 and 1,000, and Argentina welcomed up to 5,000 Nazis to their country.

In 1955, Gen. Alfredo Stroessner, a grandson of immigrants from Bavaria, opened Paraguay to former Nazis. In the 1930s, Brazil had the biggest Nazi party in the world after Germany, with 40,000 members; many of these Brazilian Nazis welcomed German Nazis after the war.

In Argentina, future president Juan Peron spent part of the war, from 1939 to 1941, working in Argentina’s embassy in Italy and openly admired the politics of Franco, Benito Mussolini and Adolf Hitler.

When Peron became President of Argentina in 1946, he ordered the establishment of secret channels – dubbed “ratlines” – to ferry thousands of Nazis from ports in Spain and Italy out of Europe and into Latin America.

The main pipeline for Nazis escapes was the Argentinian Cardinal Antonio Caggiano. He passed along Peron’s top-secret messages to a Cardinal in France, who communicated with Nazis living in France, helping usher them to Argentina.

Peron invested considerable manpower in smuggling Nazis to Argentina, even setting up a secret office in Bern to help handle the paperwork. In Spring 1946, the first French Nazis began receiving Argentinian tourist visas and setting sail for South America.

Otto Skorzeny, an SS commander who was known as Hitler’s favorite Nazi commando, is another senior Nazi figure who might have arranged for other Nazis to find homes in South America. Escaping from an Allied prison in 1947 with the help of local pro-Nazi citizens, Skorzeny moved to Madrid, where he ran an import/export agency that was rumored to be a front for organizing the escape of Nazis to South America.

Skorzeny made numerous trips to Argentina, eventually working for a time as a bodyguard to Juan Peron’s wildly popular second wife, Eva, known as Evita.

Evita seems to have been an enthusiastic helper of Nazis in her own right. She was reported to have been romantically involved with Skorzeny, but there is no certain evidence that this was true.

The story of the affair was likely fabricated by political opponents of her and her husband. But there are the evidences and publications that she might have been active in laundering money from German Nazis. In 2011, Brazilian authors Leandro Narloch and Duda Teixeira wrote, “It is still suspected that among (Eva Peron’s) possessions, there were pieces of Nazi treasure that came from rich Jewish families killed in concentration camps.”

Nazis who eluded justice to find a haven in South America include:

But South America was not the only destinations for Nazis escape. If you have time take a look of this video to find out all about Operation Paperclip.

At least we still have the Auschwitz memorial center to remind us of all their cruelties and to teach the future generations to never forget the more than 1,3 million people that lost their lives there, and to learn something from that experience.

There you can see the most touching evidences of the Nazi crimes, that are going to touch your soul deeply and will make you cry.

It was really terrifying for me to see almost two tones of hair cut from the heads of women victims of Auschwitz and their personal items that were preserved and exposed to the public eyes.

As I mentioned in my previous post I wish that politicians and the military commanders from all over the world, should be forced to visit this place before they take any of the responsibilities of their duties.

Maybe in this way they will learn from the mistakes made in the past and a lot of their crazy decisions that puts in jeopardy other human beings and their lives, and that still causes human suffering nowadays will be prevented. 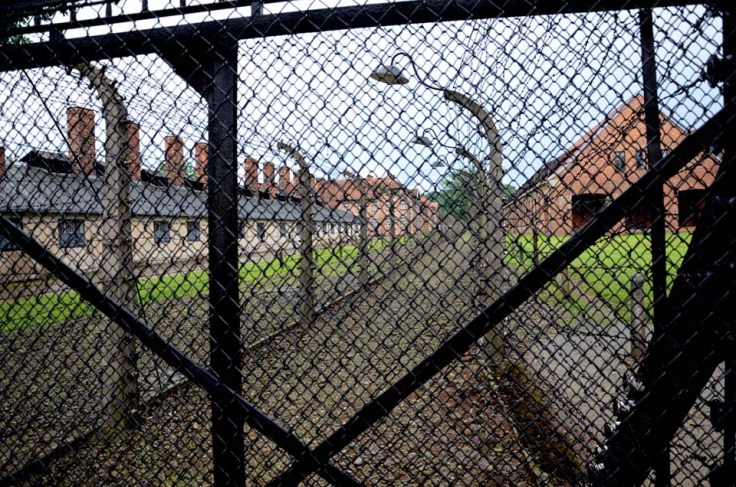 For me as a visitor, as a mother and as a woman, the block 10 touched me the most. It was terrible to find out what the German gynecologist Dr. Carl Clauberg did to the hundreds of Jewish women that lived in the camp for ”experimental purposes”.

Some of them died during those experiments, the rest were murdered so that could be autopsied.

And what to say about Dr. Mengele’s experiments on twins? A lot of publications say that he have been motivated by a desire to improve the reproduction rate of the German race by improving the chances of racially desirable people having twins.

He established a kindergarten for children in Auschwitz that were the subjects of experiments, along with all Roma (Gypsy) children under the age of six.  Among the 11 thousand children and young people who passed through this camp, almost 9.5 thousand were under 15, and 378 children were born there.

The Jewish kids that were still young to work were all immediately executed, as well the pregnant Jewish women. 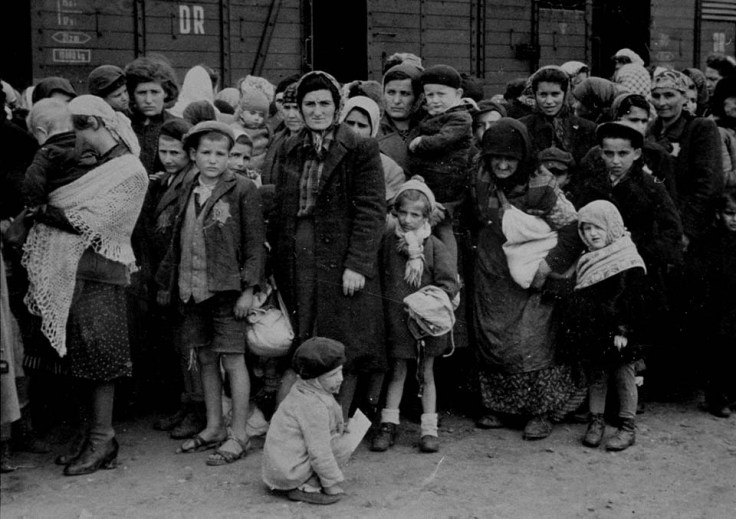 Dr. Mengele’s facility, for experiments on kids provided better food and living conditions than other areas of the camp, they even included a playground. When visiting his child subjects, Mengele introduced himself as “Uncle Mengele” to them and offered them sugar cubes and sweets. The “privileged” position of mainly Gypsy children in this camp was short-lived because they were all designated to be vanished in the near future.

Mengele was personally responsible for the deaths of an unknown number of victims that he killed via lethal injection, shootings, beatings, and through selections and deadly experiments. He had sadistic, lacking empathy, and extremely antisemitic, believing that the Jews should be eliminated entirely as an inferior and dangerous race.

Mengele’s son Rolf said that his father later showed no remorse for his wartime activities.

Many experiments in Auschwitz were planned at the highest levels to meet the needs of the army (some were intended to improve the state of soldiers’ health) or postwar plans (including population policy), or to reinforce the bases of racial ideology (including advancing views as to the superiority of the “Nordic race”). Aside from experiments planned at the highest levels, many Nazi doctors experimented on prisoners on behalf of German pharmaceutical companies or medical institutes. Others did so in pursuit of their personal interests, or to advance their academic careers.

They even initiated wide-ranging research on methods of mass sterilization that would be applied to people regarded as belonging to a lower category.

Despite the fact that the tens of thousands of prisoners who survived Auschwitz were witnesses to the crimes committed there, despite the fact that they left behind thousands of depositions, accounts, and memoirs, despite the fact that considerable quantities of documents, photographs, and material objects remain from the camp—despite all of this, there are still people and organizations who deny that hundreds of thousands of people were murdered in this camp, that gas chambers operated there, or that the crematoria couldn’t burn several thousand corpses per day. In other words, unfortunately some still deny that Auschwitz was the scene of genocide. I think it is really shameful.

There is nothing new about denial of the crime of genocide or silence about genocide. From the beginning of the war, mainly for political reasons, the Nazis themselves did everything they could to keep international public opinion, and above all the Allied and neutral countries, but also the potential victims, in the dark about the extermination of people in the occupied countries. 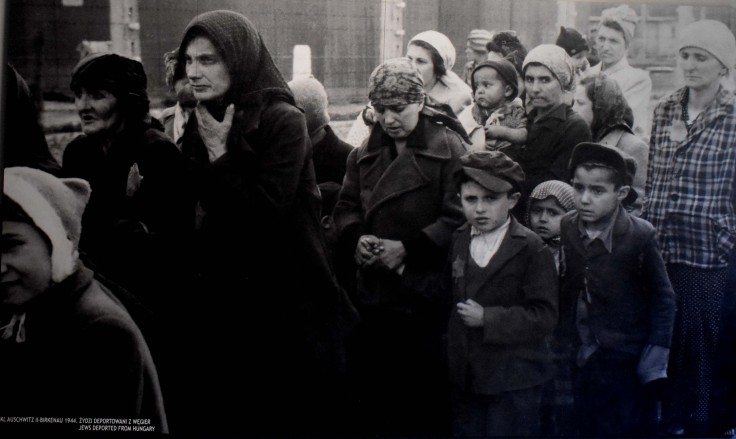 Among themselves, however, the narrow circle of the Nazi ruling elite did not conceal these criminal acts.

The truth was reviled though, and today everybody can visit and see those concentration camps, despise the fact that Nazi destroyed a lot of evidences and records a lot of them were discovered and preserved.

One brave man Jan Komski who was a Polish academic painter who worked in the resistance movement during the WW II, was arrested and sent to Auschwitz in 1940. On December 29, 1942, he managed to escape from Auschwitz I, with three other prisoners: Mieczysław Januszewski, Bolesław Kuczbara, and Otto Küsel. After the war, he lived in Displaced Persons camps in Bavaria and Munich, where he married another Auschwitz survivor. They moved to the United States in 1949. In the U.S., he worked as a graphic artist for The Washington Post.

Over the years, he created many drawings and paintings on which he presented the life of prisoners in a concentration camp Auschwitz. If you put his name Jan Komski in Google search engine and chose images, you will be able to see the way he expressed his emotions and memories from his life in Auschwitz. The images are really heartbreaking.

And as much I can write about it, you have to visit this place yourself to really understand what I am talking about. I hope every visitor will be able to learn a great lesson about  how we should not behave as a human beings towards each others.

I am so sad that humanity still don’t realize the seriousness of those crimes, and I am much more distressed by the fact that similar crimes are still going on all over the world nowadays.

A person cannot understand the modern world without a thorough knowledge of the history. We mustn’t forget the past, we have to learn from it, if we wish for better world for next generations. Sadly the same mistakes were repeated over and over again. Did you ever heard of V-2 Program? If not take a look the video below.

Those who don’t understand and cannot remember the past are unfortunately condemned to repeat it.

Humanity is constantly reminding itself that everyone must learn from their mistakes. Yet, one look at our history proves that this reminder is often ignored or forgotten.

Just stop and think for a moment, how many times history repeated itself and no one realized it?  Take Napoleon Bonaparte for example. He was a Hitler’s idol. There is a lot of facts that Napoleon and Hitler have in common. The one from historical perspective is that both of them were dictators. The second is that both of them,  Napoleon and Hitler attempted to invade Russia in the winter, and both of them massively failed. So it is one more prove that history is repeating itself.

New research (that is particularly controversial in France, but I founded very interesting and worth reading) has shown that Napoleon may have also presided over crimes similar to Hitler’s, including the establishment of concentration camps, gas chambers, hit squads and mass deportations. Whether you consider Napoleon Bonaparte a hero or a monster, one thing remains: Hitler’s life was in many ways a repetition of Napoleon’s, something Hitler would likely be proud of to this day.

For all above mentioned reasons, I wish that everybody will have a chance to visit  the former German Nazi  concentration camp, Auschwitz at least once in in their lifetime. If you are interested to take the same tour we did, please press the word Auschwitz ( blue letters). The link will take you directly to the Viator website, from where you can book your tour.